Free Shipping on Orders Over $50 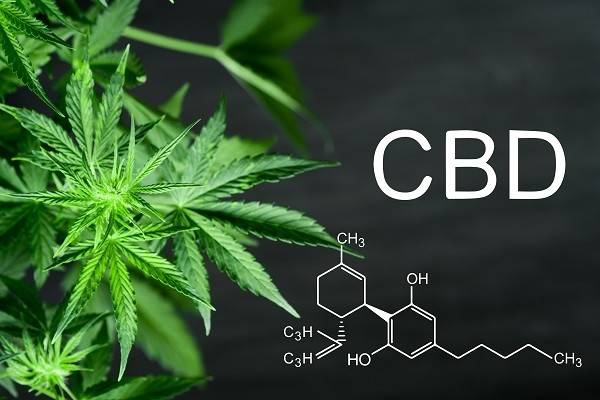 Cannabidiol (CBD) oil comes from the Cannabis plant and has become a popular alternative therapy for a range of conditions over the past few years. People report using CBD oil to help reduce pain, anxiety, and sleep disorders.

Due to the prohibition of cannabis and associated research restrictions, there are limited evidence from human studies to support the benefits of CBD oil. However, with the legalization of cannabis in some regions around the globe, research in this area is gaining momentum.

CBD is just one of many different molecules unique to the Cannabis plant. CBD oil generally contains low levels of the cannabinoid tetrahydrocannabinol (THC), which is the compound that produces the ‘high.’

People report using CBD oil for a variety of medical conditions without experiencing the intoxicating effects of THC. Generally, most people tolerate CBD is well and experience minimal serious side effects.

Unlike THC, CBD does not bind readily to cannabinoid receptors. These receptors are key components of the human endocannabinoid system, which plays a crucial role in the central nervous system.

CBD does, however, interact with other receptors, such as serotonin and opioid receptors. It might also boost levels of naturally occurring endocannabinoids, which may explain its seemingly broad range of uses.

Keep reading to learn about some of the possible benefits of using CBD oil.

The first CBD-based medication that the Food and Drug Administration (FDA) approved was Epidiolex. Doctors prescribe Epidiolex to those who experience seizures due to Lennox-Gastrault or Dravet syndrome, which are rare types of epilepsy.

Epidiolex underwent rigorous human studies before the FDA approved it as a treatment for these two conditions.

According to an article in Molecules, scientists do not know precisely how CBD helps control seizures. One theory suggests that CBD influences a receptor involved in seizure activity called transient receptor potential vanilloid.

A review of completed and ongoing clinical trials indicated that adding CBD to common antiepileptic drugs may be appropriate in treatment-resistant epilepsy in infants, children, and teenagers.

Researchers have investigated the pain-relieving effects of CBD. A small 2020 randomized, placebo-controlled trial investigated the use of topical CBD oil on people with peripheral neuropathy of the legs.

In this small study, participants with peripheral noncancer neuropathic pain received either 250 milligrams (mg) of CBD total dissolved in 3 oz of oil) or a placebo.

After 4 weeks, the researchers noted a statistically significant reduction in intense pain, sharp pain, cold and itchy sensations in those using CBD oil. Participants did not report any side effects.

Although the results of this small trial are positive, it involved just 29 participants, so researchers need to conduct more investigations to confirm the results.

Another study review demonstrated that a 1:1 combination of THC and CBD sprayed in the back of the mouth (a pharmaceutical product called Sativex) might be effective for noncancer related chronic pain.

However, the researchers do not know which of the two compounds had the most significant effect. Also, the follow-up period for this study was 15 weeks. Scientists must carry out further research to confirm whether long-term pain control is possible.

This spray that contained both THC and CBD may also have anti-inflammatory properties. An earlier study on people living with rheumatoid arthritis showed that Sativex reduced the Disease Activity Score-28, which demonstrates a decrease in inflammation.

These studies show the potential effectiveness of CBD on pain and inflammation.

Many animal studies on the effects of CBD on mood disorders showed promising results. An earlier article in Neuropsychopharmacology outlined a study on humans where researchers demonstrated that CBD could reduce anxiety caused by public speaking.

The participants took a CBD preparation before a public-speaking event. They reported feeling less anxiety and discomfort. Researchers suggest that CBD may help relieve anxiety associated with the anticipation of a fearful event.

The participants also had lower negative self-evaluation during public speaking. Researchers suggest that serotonin receptors may play a role in the effects of CBD on anxiety.

Human studies on the effectiveness of CBD on depression are currently lacking. It is necessary to carry out further research before using it for this purpose.

Some experts suggest that CBD oil can help people with addiction by reducing activation of the amygdala, a brain area involved in addiction.

Cravings for drugs generally occur by exposure to a particular cue. So, reducing the craving during cues can help people abstain from heroin.

A study published in the American Journal of Psychiatry explored CBD’s effect on cue-inducing craving and anxiety in people with heroin use disorder. The researchers demonstrated that compared with placebo, those who took CBD had lower cravings and anxiety. These results are promising and require further investigation.

In some studies, certain cannabinoids demonstrate anti-inflammatory, anti-itch, anti-aging, and anticancer properties. Some experts suggest that these effects occur when the drug interacts with the endocannabinoid system found on the skin.

Some skin conditions that may improve with CBD treatment include:

Cell studies demonstrated that CBD prevented some of the functions of the sebaceous glands that contribute to acne. Researchers need to confirm these results in human studies before doctors can recommend their use.

An article in Molecules indicates that animal studies have shown that CBD might offer neuroprotective activity in several neurodegenerative diseases, including:

Researchers suggest that the neuroprotective effects occur from the anti-inflammatory and antioxidant properties of CBD.

7. Relief from chemotherapy side effects

An article in the British Journal of Pharmacology indicates that the effect of CBD on nausea and vomiting in animals may have links to its interaction with the serotonin receptors. However, the article concludes that THC appears to have a greater ability to reduce nausea and vomiting than CBD.

In one human study, people with nausea and vomiting induced by chemotherapy experienced relief when taking Sativex, but it is unclear how much of a contribution the CBD provided. Further review is necessary to understand the role of CBD in relieving nausea and vomiting.

People use CBD oil and other CBD-based products for different reasons, including reducing pain, controlling anxiety, and managing seizures.

Although studies report few side effects with CBD use, its effectiveness for various medical conditions requires further research.

Other people use CBD oil for medical conditions that researchers have not rigorously studied yet. People who use CBD oil should speak with a doctor to ensure the drug is safe and whether CBD is more effective than other conventional medications.

You can find the original article here https://www.medicalnewstoday.com/articles/cbd-oil-benefits#epilepsy

Medically reviewed by Jeffrey Chen, MD — Written by Jessica Caporuscio, Pharm.D. on May 28, 2020

Enter your email and receive updates and discounts on future products